As the weather gets cooler, we start to think about some of our favorite fall and winter beverages. These cocktails are sure to warm you up and keep you in good spirits as the months get colder!

The Dark and Stormy has been a favorite at Dizzy’s Club at Jazz at Lincoln Center.

They’re easy to mix up at home and enjoy as we move into the colder months.

For the menu at The Norm 54, our food and beverage extension of the Studio 54 exhibit at The Brooklyn Museum, Loriana Sanabria curated a series of cocktails that reflected the spirit of excess and indulgence of the disco era.

The extravaganza was planned in less than twelve hours and Steve Rubell arranged for Bianca to ride around the dance floor on a white horse led by two nude models covered in shimmer paint and sparkles. 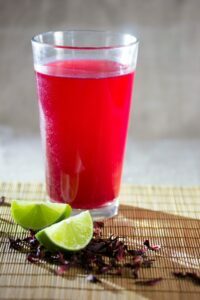 This Pink Gin & Tonic cocktail recipe from the Spirits team at Great Performances Caterers will be the perfect way to toast to love on Valentine’s Day.