The 10th Annual Latke Festival Celebrated The Many Joys Of The Potato Pancake On Monday, December 3rd.

Hosted in the beautiful pavilion of the Brooklyn Museum and benefitting The Sylvia Center, the tasting event featured 26 different restaurants and chefs, each with their own take on the best latke for 2018.

Over 500 guests and 14 celebrity judges tasted latkes that ranged from the traditional to the edgy. Everyone ate, drank, and grooved to DJed beats. Each guest received a wooden token to vote for the “People’s Choice” winner, while the judges decided “Best Creative Latke,” “Best Traditional Latke,” and “Best Overall Latke.” Guests had different strategies for tasting, with breaks for drinks or salad or doughnuts, depending on their mood.

The announcement of the winners was kicked off with a proclamation from Mayor Bill de Blasio’s office, presented by Deputy Mayor for Housing and Economic Development, Alicia Glen, declaring it “Latke Day” in the city. Then, New York legend Veselka took home “Best Traditional” and “People’s Choice” titles for their “Dima’s Sweet and Savory Short Rib Latke.” Three-time winner Benchmark won “Best Overall” for their “Hoppin’ John Latke,” and “Best Creative Latke” went to the “Falatke,” a falafel-inspired take from Kalushkat.

Net proceeds from the event will power programs that teach young New Yorkers how to enjoy, prepare and speak up for healthy food. In fact, The Sylvia Center brought a group of their ‘Cooks for Health’ students from the Williamsburg Community Center to compete with their “Latke-purria.” Their recipe was a take on the Puerto Rican snack, the alcapurria, which is traditionally made with yucca, plantains and taro. The students’ entry was stuffed with savory black beans and topped with greens, compliments of Aerofarms. While Sylvia Center students didn’t win a title for their delicious vegan recipe, they loved the opportunity to show off their cooking skills next to seasoned professionals.

THANK YOU TO ALL OF THE RESTAURANTS THAT PARTICIPATED! 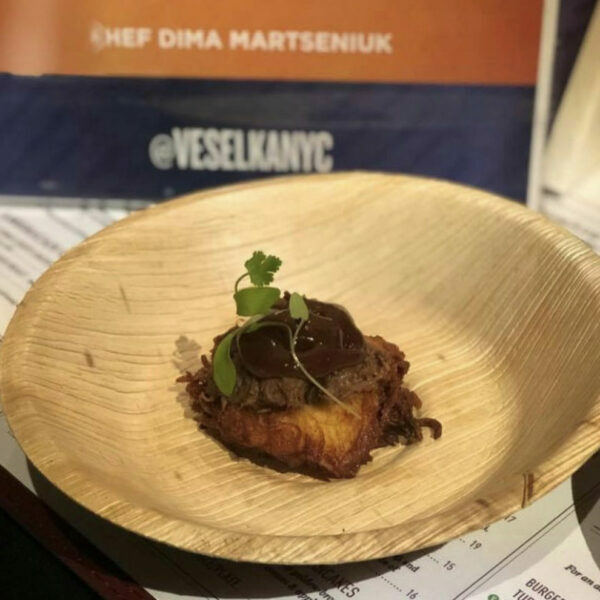 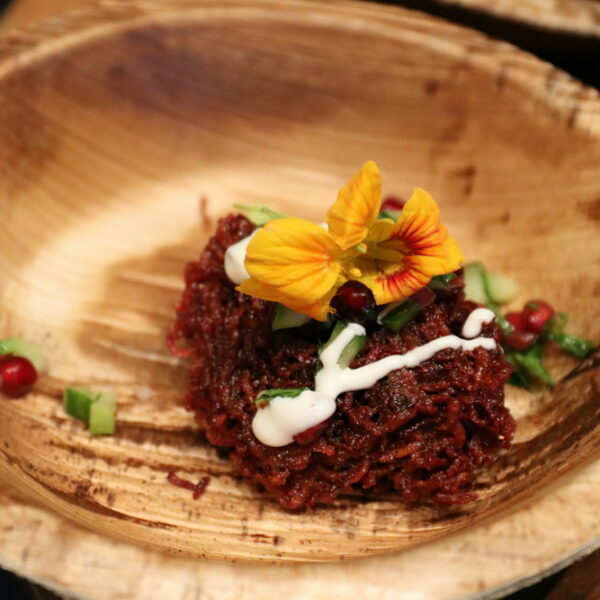 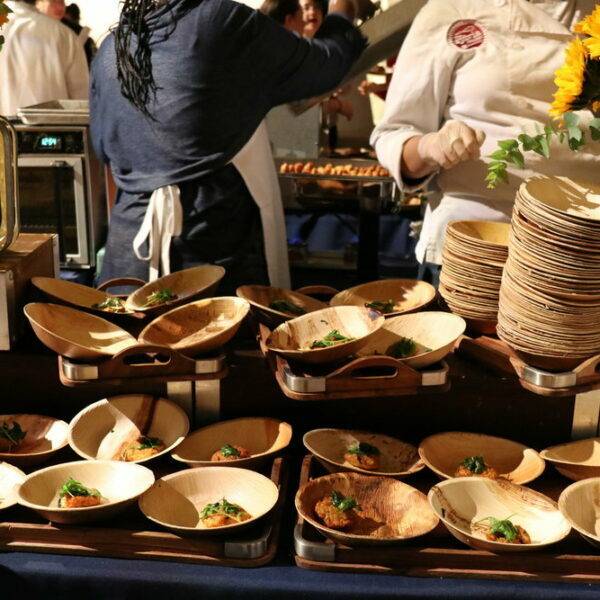 Assembled latkes should sit in the fridge to firm up before pan frying.

* leaving some shredded yucca or taro visible gives this recipe the latke look the students achieved in class.

Sazon:
Add all ingredients to a spice grinder or coffee grinder and pulse until a fine consistency appears. 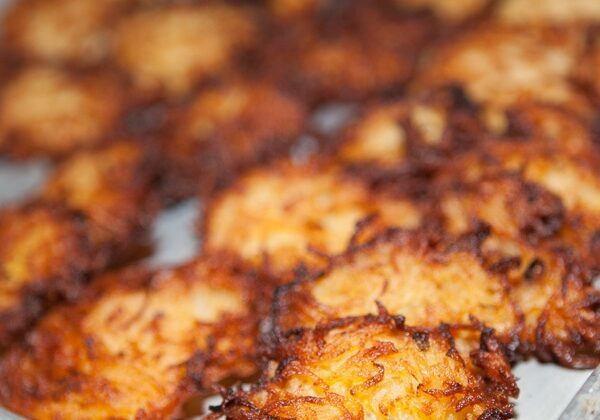 Ingredients For the Toppings:

Guideline for Yield: One potato will make about 2-3 latkes. One person will eat 3 latkes, depending on the size.