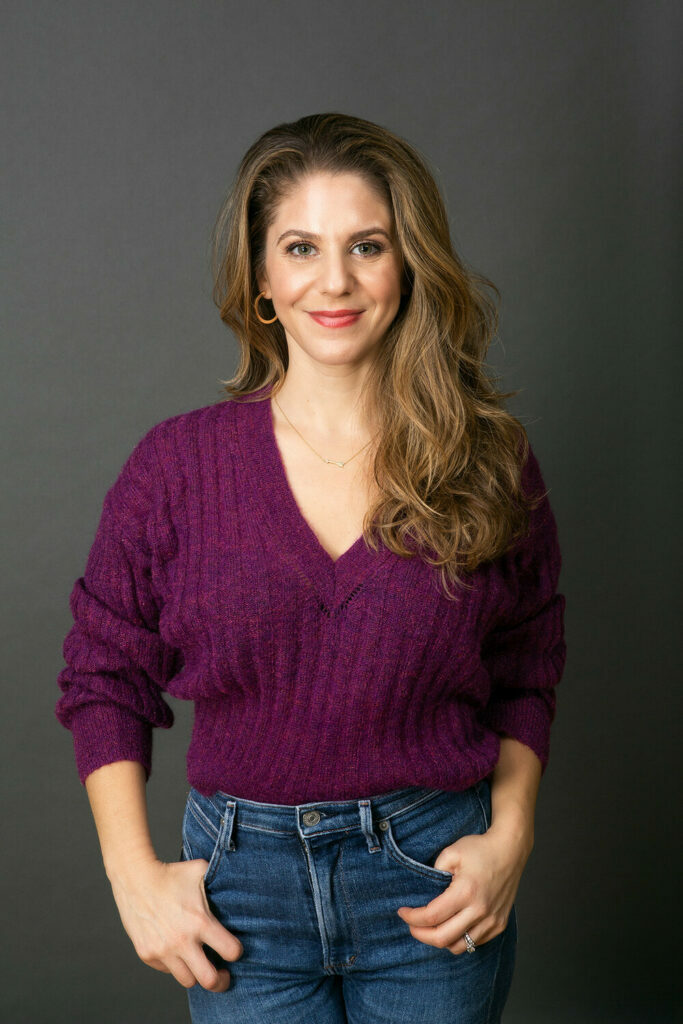 Julie Satow, journalist and author, recently published a book on the history of The Plaza Hotel. Julie is a native New Yorker residing in the West Village with her family. The Plaza: The Secret Life of America’s Most Famous Hotel recounts the history and forgotten tails of the world renowned hotel and its famous guests.

CPS Events is happy to introduce Julie as our “Plaza Personality” this month.

Julie Satow, Author Of The Plaza: The Secret Life Of America's Most Famous Hotel

Where were you born?

I was born in Riverdale, in the Bronx. A true, born-and-bred New Yorker!

When did you first come to the Plaza?

It is hard to know the very first time that I visited the hotel. Growing up in New York City, the Plaza was always a constant in my life. After school, I would often go to Central Park with my friends, and the Plaza’s white façade was ever visible over the tree tops. And whenever my grandparents visited from Pennsylvania, they would stay at the hotel. I recall so many memories of being in their enormous hotel room, looking out on the pedestrians walking along Fifth Avenue, or the horse-drawn carriages lining up against the park. I also used to love to wander the Plaza’s hushed hallways or ride the elevators and pretend to wreak havoc like Eloise (although unlike her, I always behaved myself!).

What made you write a book about the Plaza, and why is it so close to your heart?

As a journalist who covers the real estate industry, I had written plenty about the Plaza over the years. And when I became engaged, I chose the beautiful Terrace Room in which to say my vows. The Plaza has always been special to me, and, like so many others, I’ve long known it has a rich history that spans more than a century. But as a journalist and a curious New Yorker, I wanted to learn more!

The Plaza has stayed much as it was when it first opened in 1907, but it has also changed over the decades. I wanted to tell that story, of how the Plaza is a part of the larger fabric of the city that surrounds it, a lens through which to understand New York, and even the country. As I say in my book, “The Plaza was built in an era before radio and exists in a time of Facebook. Like a white marble mountain rising in the center of the city, the Plaza stands weathered, permanent, and implacable.”

What was the most shocking story that you found out in all of the 292 pages that you wrote?

There were so many stories that surprised me! As I did my research, I realized that many stories about the Plaza had been long forgotten to history. For instance, I discovered that a brutal murder took place while the hotel was still under construction—the New York Times called it “Murder in Mid-Air” because it occurred on the Plaza’s unfinished eighth floor. One hundred years ago, the eighth floor was impossibly high!

I also loved the tales of the many eccentric widows who lived at the hotel. They were dubbed “The 39 Widows of the Plaza,” and included a wealthy Russian princess who kept pet owls and even a lion, who lived in her hotel bathtub, and a Kentucky heiress to a great fortune who invented the cocktail party. There were other things too, like the fact that the hotel very nearly closed during Prohibition, or how Ivana Trump was the only female president ever to run the Plaza, or that it was thanks to a 12-year-old-girl that The Beatles ended up staying at the hotel.

Do you think there could be a new 21st Century Black and White Ball? If so, who would be the new Truman Capote?

What a great question! Yes, I believe there could be another Black and White Ball today, but instead of Truman Capote, the host would be Lady Gaga. And instead of guests wearing black-and-white, they would be told to dress in outrageous colors. Lady Gaga, like Truman Capote, is such a force of nature and has so much talent, I’m sure she could draw an amazing crowd!

Is there a favorite room that you love and why?

I love the Edwardian Room, with its stunning views of both the Pulitzer Fountain on Fifth Avenue and the greenery of Central Park. It is an architectural gem, with its intricate wood paneling, and its history is unparalleled. It has been around since the very beginning, the favorite dining spot for everyone from Broadway producer George Cohan, to wealthy dowagers who lived at the hotel. It is also the location of New York’s first power breakfasts!

What is it about the Plaza that makes New Yorkers feel like it is their own hotel?

The Plaza is an icon, like the Brooklyn Bridge or the Chrysler Building. But unlike those structures, the Plaza is accessible to everyone. Anyone can walk through the halls of the hotel, glimpse the famous Eloise portrait, or sip tea at the Palm Court. For many, the Plaza is akin to an extension of their very own (supremely elegant) living room!

If you could have been a guest at the Plaza, what decade would you choose?

Well, of any decade that I researched, the 1920s Jazz Age sounds like the most fun! This was when the writer F. Scott Fitzgerald used to haunt the hotel, attending tea dances in the basement Grill Room and taking his wife Zelda on crazy jaunts, like jumping fully-clothed into the Pulitzer Fountain. I have a photo in my book from this time, and you can see the Plaza standing sentry on the corner, surrounded only by other low-slung buildings, signifying its import and architectural beauty.

This was also the era when Harry S. Black, the Plaza’s debonair owner, lived in a penthouse on the top floor of the hotel. I would really have loved to meet Harry! He was the country’s first-ever real estate tycoon, and a larger-than-life personality who also built other important structures, such as the Flatiron Building.

Who do you think was the most famous guest to check in?

That is a tough one! There are so many famous guests, but I always loved the fact that Frank Lloyd Wright lived at the hotel while he was designing the Guggenheim museum. He famously said that the Plaza was the only building that he loved that he hadn’t built himself!

Why was the Plaza built at 59th and Fifth Avenue?

At the time the Plaza was built, Fifth Avenue didn’t have so much as a streetlight. But its location, at the foot of Central Park, would soon become the heart of Manhattan island. It was a prescient move by its builders. The site also offered something very unique in New York: two visible facades. There was Central Park South, which was offset by the park, and Fifth Avenue, which was offset by Grand Army Plaza. Its location is one reason that the Plaza became such a significant landmark.

How long did it take to write your thoroughly researched book?

I began research in 2015, and it was published in 2019, so nearly four years from start to finish. I read more than ten thousand articles, interviewed close to 100 people, and traveled from India to Israel for research. Writing this book was the best job I ever had!

What is your next book?

Thanks for asking. I am still working on my book proposal, but suffice it to say, it is not about a New York hotel!