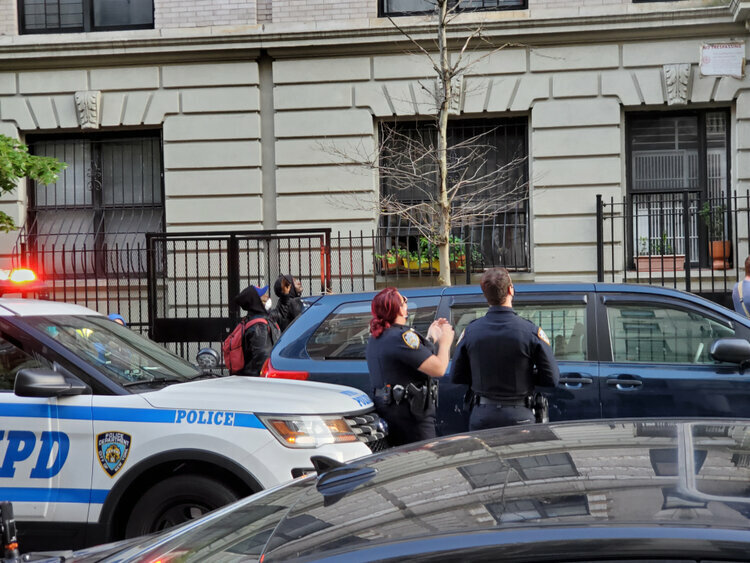 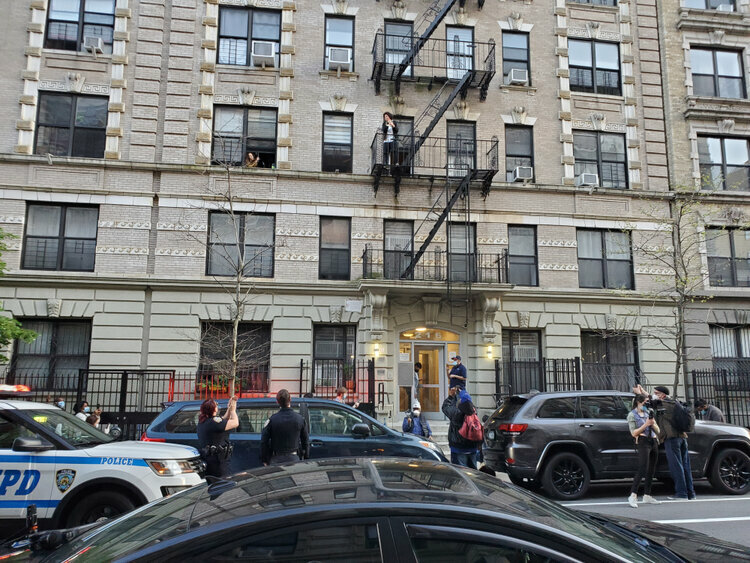 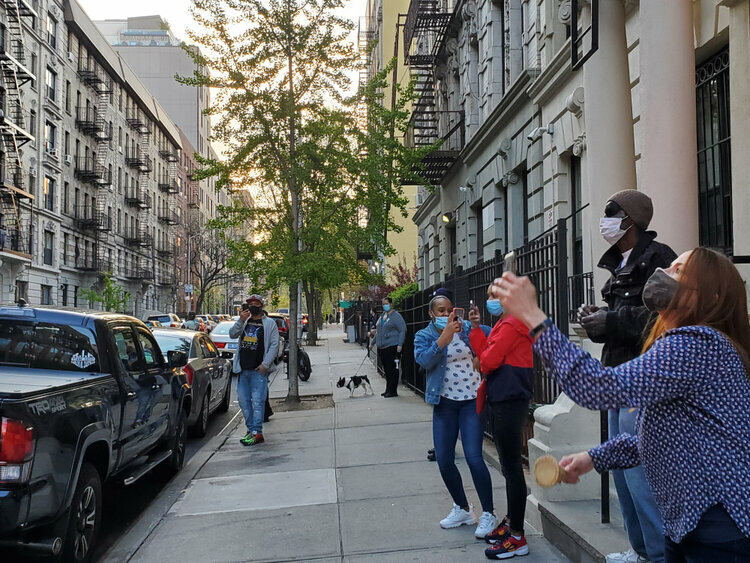 Yelitza (my twin sister) and I work with Linda Briceño aka Ella Bric, a two-time Latin Grammy winner and the first woman to win as Producer of the Year. When the quarantine started we thought that our block needed a little help at the 7 pm clap for essential workers. So one day, after coming back from delivering meals for the elderly, with the help of a friend, we set up the speakers in a window and asked Ella to play her trumpet while Yelitza played the tambourine and I played the maracas from the street. Well, the neighbors loved our mini-concert so much that one day became three months. Every day at 7 pm “La trompeta de Harlem” came out and played for 10 minutes. First by herself, but later with many well-known musicians that wanted to join the cause.

People came in from all over Harlem, the Upper West Side, Long Ilsand City and even New Jersey. They came out from their windows, their balconies, fire escapes, and some of them stayed in their cars while many were on the street.

We were featured on the local news, on Univision, CNN, on an AT&T commercial, and on the first documentary for YouTube Originals called “Aislados”.

On October 16th at 7 pm, Ella Bric will be played at the Lincoln Center: Gold Sessions at the Hearst Plaza.