We appreciate all of the dads here at GP and wanted to take a moment to hear some of their thoughts on fatherhood and plans for Father’s Day.

I have never loved anyone or anything so selflessly and so completely. It is a wonderful feeling to put someone else first. The best part of fatherhood is in my efforts to become a better father, I have become a better man.

I have always enjoyed Father’s Day, and enjoy it even more so now that I have grandchildren; But Father’s Day 2012 was very special. Father’s Day is always preceded by D-Day, that infamous June day when, during World War II, the Allied Forces launched a seemingly impossible invasion of German occupied France by storming the beaches of Normandy. The attack was spearheaded by the US Army Rangers who were the elite soldiers of their day and it was their job to “lead the way.”  My father, Harry Davis, was one of them. He never talked about what has been infamously referred to as “The Longest Day.” We all knew that a part of him was left on those beaches that day and we were sure that the remainder of his adult life was influenced by it.

By chance, I found myself in Europe in June of 2012, so I decided to detour to Normandy on the way home–a pilgrimage of sorts, hoping to learn a little about what shaped my father’s thoughts in his adult life. As I found myself staring at the sea above the very cliffs of Pointe du Hoc, there was no doubt that I was now in my father’s footsteps. A local Frenchman born not too far from there suggested that I visit a small museum in Grandcamp-Maisy, a few miles from Omaha Beach. Seeking some more information, I entered the little beachfront building called “Musée des Rangers” and there, something special happened.

In the first case I looked, among the mementos placed as homage to the heroes who freed their city, was a picture of three smiling Rangers taken in England just prior to the invasion. The third soldier on the right smiling back at the camera was my father!

So, Dad, I will do as they do in Normandy; I will light a candle in your honor on June 6th, the anniversary of D-Day, and remember you with extra pride on this, and every, Father’s Day.

Happy Father’s Day to all who serve and have served this country.

I’m so lucky to be a dad to these three crazy girls. This year for Father’s Day, I have front row seats to three soccer games and two lacrosse practices. 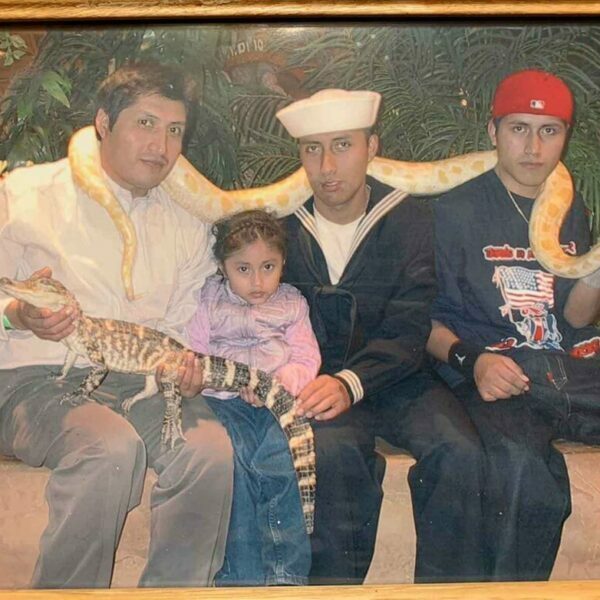 Being a father is one of the greatest accomplishments a man can have. Watching your child say his/her first words and take his/her first steps is such a beautiful thing to experience. I am blessed to have three kids who make me very proud to be their father. This Father’s Day, my daughter plans to take me to a spa to relax and de-stress. My wife also plans to have a bbq for the family. It is going to be a good day!

Being that this is my first Father’s Day, and that I’ve waited 48 years to get here, feels miraculous. What do I plan on doing? Nothing different from any other Sunday–the two of us spending time with our new son; or probably a picnic at the park next to our farmer’s market in Stuytown.

I’m just happy to have a day with them and dreaming about all of the future days to come.